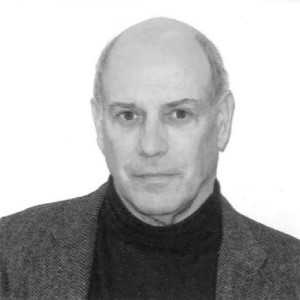 James Vaseff, AIA has a career spanning some 46 years, starting as an office boy in 1967 for Walter Gropius, at $60 per week, to the last five years doing pro-bono work in developing economies in Africa and the US.

After seven years in architectural practice in Boston and London he embarked on a career where, in most cases, he was "the one architect in the room." James' practice took what is sometimes confusing and conflicting information and conceives something that ads value and beauty to those circumstances - he makes things.

He has applied those talents to architecture, historic preservation, industrial archeology, university teaching, urban design, issue management, systems thinking, community and economic development, film and photography, and leadership in various boards and organizations (local, national, and one international). Much of his work was with people and communities in the public sphere. Tangible results were in the projects: developing a useful strategy for a community organization or institution, such as developing and maintaining the Georgia State Energy Code for over 20 years or developing accessibility codes for single-family residences and the economic revitalization of numerous communities.

Following the 1996 Summer Olympics in Atlanta, GA, he conducted the three largest rezonings the city has had: Centennial Olympic Park, Midtown Atlanta, and Downtown Atlanta. After nearly 20 years, one can come to Atlanta and witness the results. It was mostly anonymous work, being that those now enjoying it were not present at the start, but it was very rewarding for those who did it.

This same approach was used in numerous small communities throughout his work; "It is a process of revitalizing people, the bricks and mortar are incidental." In these cases, the people "own" the project and want to execute its success - there is no out-of-town expert on which to pin success or failure.

James was selected as a recipient of the Harvard Graduate School of Design Loeb Fellowship in 1984. In his Loeb application he said, somewhat facetiously, "I have found things that work in practice; I want to see if I can make them work in theory." He has been doing that ever since, and thanks the Loeb Fellowship for that lifetime enhancement and recognition.