You can find David Wilkins, B.Arch'11, MDS-SD'13, elbow deep in dirt. He’s hunched over a raised gardening bed and pulling carrots up by their leafy tops outside the Edith Nourse Rogers Memorial Veterans Hospital in Bedford, Massachusetts.

As the founder and executive director at the November 11th Foundation, David works alongside other volunteers to grow more than 480 pounds of fresh produce annually. These crops are donated to support hundreds of local veterans and their families. He believes, “If you work in the garden, you smell the tomatoes, you feel at one with nature and forget about the rest of the world.”

It was during one of David’s professional management classes at The Boston Architectural College (BAC) that he first realized he could repurpose milk crates to create mobile gardening pods.

“I wanted to make an impact in veterans’ lives but didn’t have a lot of working capital. I thought about how the raised beds will allow those with disabilities to garden off the ground at a comfortable height of three feet, and also how these pods could be easily moved to vacant parking lots,” he says.

Though he knew his idea could help ease post-traumatic stress disorder and bring purpose to veterans’ lives, he wasn’t sure where to begin when it came to starting to build the project beyond the classroom.

“What’s holding you back?” his wife Genevieve Conlin asked. David admitted that he was afraid of failing. “Even if you just help one veteran, you’ll have succeeded,” she said. And she was right. David followed her advice and started the organization in 2017. Remembering how he almost didn’t begin this rewarding endeavor still gets him emotional today.

Veterans Day matters a tremendous amount to David. He is a veteran who served from 1985-1989 as an Operations Specialist Third-Class aboard the USS Henry B. Wilson DDG-7 at the Naval Station in San Diego, California.

He explains, “The day gives me the opportunity to express gratitude to other veterans. They've been away from their families during the holidays and for extended periods of time, and they have defended our way of life, affording us the ability to have the luxuries that we have here in this country today. Some made the ultimate sacrifice.”

To David, Veterans Day happens 365 days a year. He has dedicated his life to improving the circumstances of other veterans in New England and giving back to their families. “I feel like it’s my obligation to help,” he says humbly.

At work, David is the lead architect at the U.S. Army Soldier Systems Center in Natick, Massachusetts. The small, unassuming garrison is tucked away in the suburbs but serves an important function.

“The garrison is a non-weapons research facility,” David explains. “As the lead architect, I’m involved with all design work, whether that’s helping with the process or reviewing outside firms’ work.” He uses skills he learned at the BAC on the job every day.

David arrived at the BAC after serving in the military. He says, “I’d imagined a future for myself in architecture from a young age but really didn’t have the funds available to study, so I joined the U.S. Navy to see the world from a ship first.” Afterwards, he worked his way through the BAC over eleven years. He was employed by several veteran owned firms as he pursued first a Bachelor of Architecture in 2011, and ultimately a Master of Sustainable Design in 2013.

Now David is in a position to give back to other BAC students—and takes pride in making regular gifts to the College. He says, “Even though the BAC is one of the lowest tuition design schools in the country, there are still people that can’t afford it. I want to help as many students as possible to graduate.”

He also serves on the Alumni Advisory Council and is passionate about recruiting more veterans to study design.

When he’s not designing or gardening, David can be found snowboarding Sugarbush Mountain in Vermont. That passion led to creating the non-profit Vermont Troops and Families, which holds an annual golf tournament benefiting Vermont National Guard members and their loved ones.

He’d be thrilled to speak to anyone affiliated with the BAC community about volunteering at the November 11th Foundation or with Vermont Troops and Families and making a difference in veterans’ lives. 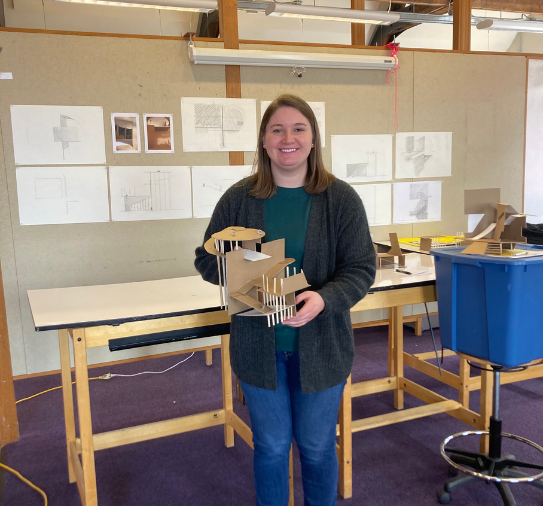 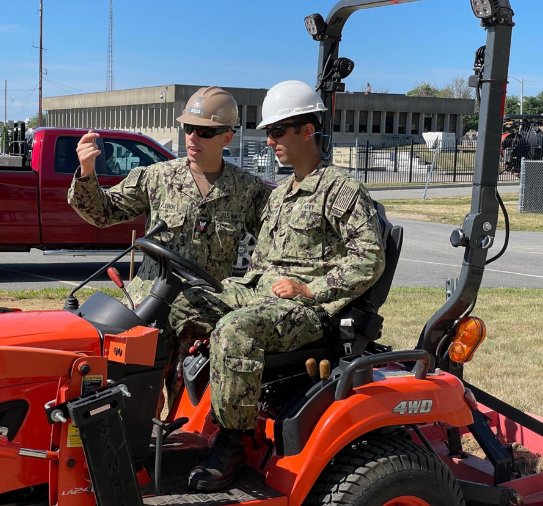